Click here for The Motley Fool’s resources on Coronavirus and the market.

Year to date, shares of Tilray (NASDAQ:TLRY) are down by 62%, and the company’s stock price is now at an all-time low. And while the entire stock market has been dragged down by fears surrounding the COVID-19 outbreak, Tilray’s most recent quarterly update didn’t help, either. The company’s fourth-quarter financial results failed to impress investors, which caused Tilray’s shares to slide by 11.5% on the heels of the release of its earnings report.

However, there was at least one bright spot in Tilray’s earnings report, namely the fact that the company’s hemp business seems to be performing well.

On Feb. 28, 2019, Tilray closed its acquisition of Manitoba Harvest, the “world’s largest hemp foods company,” which it acquired for CA$419 million. Manitoba Harvest distributes hemp-based products to about 16,000 stores in North America, with the majority of these stores being in the U.S. Thanks to this move, Tilray was able to enter the potentially lucrative U.S. market for cannabidiol (CBD), which is derived from hemp. 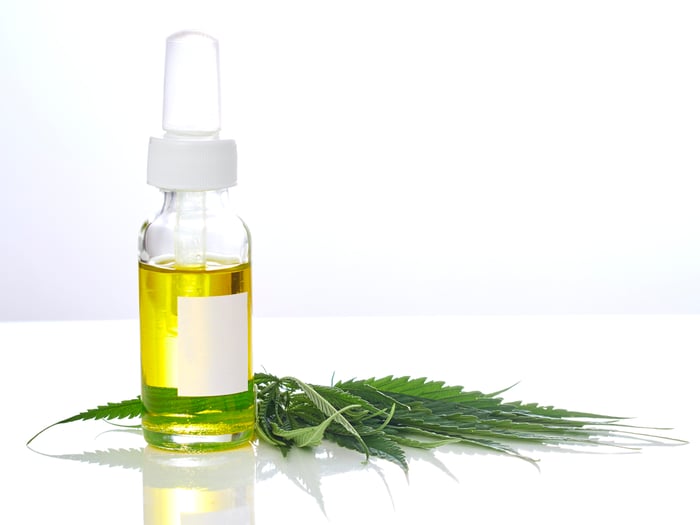 However, Tilray’s hemp business extends beyond North America. According to the company’s CEO, Brendan Kennedy, “Our hemp products are available in over 17,000 retail doors in 20 countries around the world.” During the fourth quarter, the company’s revenue from hemp was $18.7 million, compared to $15.7 million recorded during the third quarter. For the full year, Tilray’s hemp revenue was $59.8 million.

In trying to conquer the U.S. hemp market, Tilray will have to deal with some challenges. The first of these is competition. Currently, Charlotte’s Web (OTC:CWBHF) — which offers several CBD-based products such as gummies, capsules, and oils — is one of the leaders in this market. In its latest reported quarter — the third quarter of its fiscal year 2019 — Charlotte’s Web recorded a revenue figure of $25.1 million, and the company said there were more than 9,000 stores in the U.S. carrying its products.

Charlotte’s Web is also in the process of ramping up its production capacity. The company is building a 147,000-square-foot facility (its current production facility is 40,000 square feet) that will multiply its output capacity by a factor of 10; the facility should be fully operational by the end of this year. Other companies are looking to carve out a niche for themselves in this business, but Charlotte’s Web is arguably the most notable one.

The second challenge Tilray will have to deal with is regulation. Last year the U.S. Food and Drug Administration (FDA) warned consumers in a press release that using CBD and CBD-based products may have negative health consequences, including liver injury.

The health industry regulator also said that the claims regarding the health benefits of CBD (such as the claims that it is effective in treating cancer) are unproven. The FDA even warned more than a dozen CBD companies for making unfounded claims about their products. With the regulatory environment still a bit shaky, Tilray will have to navigate this challenge if it hopes to be one of the leaders in this market.

Tilray looks well-positioned to capture a fair share of the U.S. hemp market thanks to its acquisition of Manitoba Harvest. Does this make the company’s stock a buy? First, it is essential to acknowledge Tilray’s strengths. Most notably, the company has been able to build what Kennedy calls a “highly diversified cannabis business across three core markets, global medical, Canada adult-use and hemp.” In addition to the $18.7 million in hemp revenue generated during the fourth quarter — which accounted for about 40% of its total revenue — Tilray recorded $7.3 million in medical cannabis revenue and $17 million in revenue from recreational (adult-use) cannabis.

With that said, though, Tilray’s fourth-quarter revenue of $46.9 million represented a decrease of about 8.2% sequentially, and the company reported a net loss of $219.1 million, which is significantly worse than the $35.7 million net loss recorded during the third quarter. While Tilray’s top and bottom lines might start moving in the right direction soon, this cannabis stock isn’t worth buying, at least not until it shows it can consistently post strong financial results.

Previous Olive Oil in ‘Mediterranean diet,’ not so much red wine, is linked to longer lifespan, new study says Next 2020 Is the Year for Elevated Sexual Self-Care, Here’s How to Get There