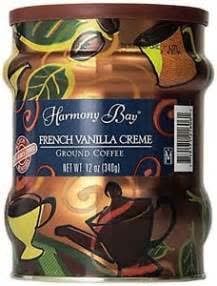 Coffee Holding Co.’s (NASDAQ: JVA) earnings were out of this world. Expected revenues of $19 million and earnings of 4 cents were blown out of the water, as the company came in at $20 million on the top line and 9 cents on the bottom line. This improvement was attributable to a 31% increase in gross profit margin, from 17.10% to 22.40% (the result of the company’s sales mix increase on branded and private label roasted coffee versus green wholesale operations). The realization that JVA saw its revenues decline 3% during the quarter, yet earn $498,518 versus a loss of $238,468 is a testament to the viability of company’s turnaround program. That’s a net positive swing of $737,000, and it is the first time that all four JVA subsidiaries (Organic Products Trading; Sonofresco; Comfort Foods; and Generations Coffee Company) each contributed profit to the parent company.

Some might even argue the results were out of this universe, when considering that if not for a 4-cent non-recurring charge associated with the company’s employee stock option plan, JVA would have earned 13 cents per share. In addition, the fact that coffee commodity prices fell 10% during the quarter didn’t help matters either. Making matters worse, sales from one customer had to be reclassified from a vendor to a brokerage relationship. Although this change did not impact earnings, it caused a $1.3 million reduction of sales. Lastly, consider that JVA totally lost its largest wholesale customer (Keurig Green Mountain (NYSE: KDP)) as its long-term contract with it wound down and ended.

As a consequence of the solid earnings report, I was able to again find my “rah-rah” hat, my cheer-leading pom-poms and my mega-phone. I am once again bullish on the stock after being way too fickle the past six months. Some might construe this new found enthusiasm as a “pump”, “promotion” or a “puff piece”. I look at it simply as an improvement in fundamentals. An epiphany, if you will.

“Despite the significant turmoil in the markets and economy as a whole, we are pleased to report a profit of $0.09 a share for the quarter ended April 30, 2020. We were able to maintain sales volumes despite the impact of nation-wide shutdowns and stay-at-home orders due to the COVID-19 pandemic. Many of our customers who purchase green coffee from us for their food service, café and restaurant roasting, were forced to significantly curtail, or close altogether, their operations at various times during the quarter. These closures forced our customers to cease all purchases from us. However, the revenue we lost from our food service, café and restaurant customers was offset by increased sales of our branded and private label products to large wholesalers and retailers across the U.S. Because of this offsetting increase, sales were only down by 3% compared to the second quarter of 2019, even as green coffee prices were 10% lower this quarter.”

“I thought it was a positive quarter overall,” continued Mr. Gordon. “The COVID-19 pandemic did hurt our overall sales, but as part of an essential industry, our factories continued to operate. Fortunately, we did not have to terminate employees during this period and I am proud to say all of our employees received full pay throughout this period. I believe it is a testament to our business model that we did not have to rely on any government funded programs to do so,” stated Mr. Gordon.

My earlier predictions that either Farmer Bros. (NASDAQ: FARM), JAB Holding Co. or Keurig Dr. Pepper would acquire JVA have obviously not happened. At this juncture, my thinking is if it hasn’t been acquired by now, it probably never will. The Gordons (Andy, the CEO, and his brother David, the CFO) have too much power and sentimentalism to allow this to occur. After all, their dad founded the company.

I think this is a good thing, because two to three years of operating improvement will ultimately yield a much larger return than an immediate cash buyout. A buyout might produce a share price of $5.00, where a higher earnings company in two years could construct a share price of $14. I’d rather have $14 in two years than $5 tomorrow. Wouldn’t you too?

This forecast isn’t based on fantasy-land antics either. Just eight years ago, its stock traded as high as $26. The company has the wheels to get back there again, especially with minimal net debt, high shareholders’ equity and a product (coffee is an addicting drug) that keeps growing in demand. Don’t even count on the prospect of CBD-infused products in the future. The company is waiting for the regulatory market to be more conducive. If it happens, that will simply be icing on the cake.

JVA’s metrics still prove extreme bargain status: (1) It is selling at just .24 of annual sales, (2) .75 of shareholders’ equity of $4.61, and (3) its balance sheet is sound – it has only utilized 42% of its $12 million line of credit. Its line of credit terms from Sterling National Bank were recently revised, allowing an extension of maturity to 3/31/22 and a reduction in interest rate to LIBOR + 1.75%. That surely shows confidence by the lender.

The stock market applauded JVA’s second-quarter results, although it took three days before Mr. Market really got pumped up and added nearly 20% to the share price on extremely heavy volume of 245,000 shares (highest in the past 12 months). The shares shortly crossed above their 200-day MA line at $3.57, before profit-taking came into play and trimmed 20% of those prior gains back down to the $3.00 vicinity. If the stock can close above $3.60, that would render a huge buy signal in my mind, and a $7 share price by year end is more than feasible. Who wouldn’t want to see their investment more than double in just six months?

The Maxim Group discontinued research coverage, and as a consequence, the company is totally devoid of analyst coverage. The good news is that Maxim left the game with some very low expectations that should be a cinch to surpass. Maxim’s final research report had a buy opinion in place with a $7 target price. This was based on 16 times 2021 earnings expectations of 40 cents, coupled with generated revenues of $100.5 million. For its third quarter, Maxim anticipates a 14% increase in sales from $21.1 million to $24.6 million, producing a 33% earnings gain, from 6 cents to 8 cents. Although I think its sales metric is too optimistic, I believe Maxim’s bottom-line estimate will be beat by 2 cents, based on a continued positive trend in its gross margin improvement.

For fiscal 2020, the final revenue estimate is $92.8 million and earnings of 15 cents. According to Maxim, these estimates do not reflect a meaningful improvement in the price of green coffee beans, which now hover near a 15-year low.

Items that could derail JVA’s quest back to the promised land include:

Although these potential landmines are obvious to say the least, the stock’s potential reward far outweighs these risks.

Although the company has delivered progress, the stock is still caught in a time warp of disdain and disinterest. This type of unpopularity provides ample opportunity for the contrarian investor with the ability to purchase companies when they are out of favor and then sell them when a very fickle Wall Street deems them hot. The investor looks to discover “inefficiencies in an efficient market”, if you may. After all, how else are you supposed to buy low and sell high? When will this stock be hot again? When it reaches $7 by the end of the year. That’s when.

Disclosure: I am/we are long JVA. I wrote this article myself, and it expresses my own opinions. I am not receiving compensation for it (other than from Seeking Alpha). I have no business relationship with any company whose stock is mentioned in this article.

Previous The biodiversity leader who is fighting for nature amid a pandemic Next Are Good Times Coming for Aurora Cannabis?